On May 9, 2019 North Korea had another short range ballistic missile test. The three missiles each flew more than 200 miles. In response ten minutes later the United States fired an ICBM that flew 4,000 over the Pacific, and it seized the North Korean coal ship named the WISE HONEST. The name of the ship (at skip +134,076) is the axis term. It is the only ELS of the name in Torah. At the same skip one column left is a transliteration of KOREA. On the top line of the matrix at skip +1 is SHIP. Also at skip +1 is COAL. At one skip less than the axis term's are MISSILE and TEST. COAL and TEST share a letter mem. MISSILE touches COAL and SANCTIONER which is at skip +1. AND THE USA is at skip +2. 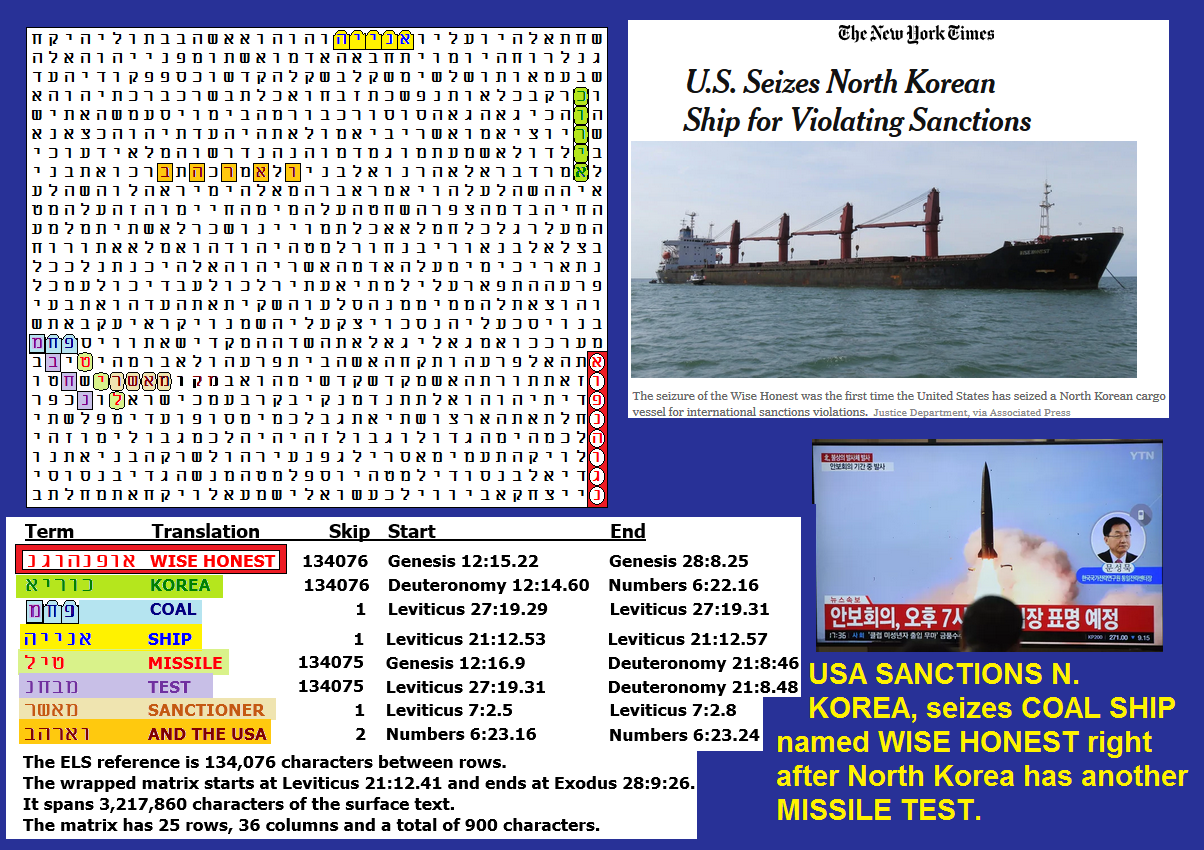 Note: In addition to the ICBM test the Ohio-class ballistic-missile submarine USS Rhode Island (SSBN 740) along with the U.S. Navy's Strategic Systems Programs (SSP) conducted a successful test flight of one unarmed Trident II D5 missile on May 9, 2019. The launch was off the coast of Cape Canaveral, Florida. This missile flew more than 7,000 miles into the South Atlantic.

Although the cluster of terms that includes MISSILE,  TEST, COAL and SANCTIONER were of interest, they were not so close to the axis term. Chances for finding each of these words varied from 61% up to nearly 100%. All combined, the matrix was found against odds of about 34,196 to 1. There were more terms of interest noted at special case skips, buy they require expansion of the matrix down or to the right. However, from an intelligence point of view it should be remembered that although I do not assign extra value for word clusters or terms that touch, there is no reason why my way of evaluating a matrix needs to be the only way. I am simply trying to be consistent.