Biden trailed Clinton in a December 2013 Fox poll by a margin of 68% to 12%. In a comparison of Torah Code matrix significance, he trails Clinton by a margin of about 88 to 38. That is, Clinton’s matrix with a-priori terms PRESIDENT and the Hebrew year of the 2016 election (5)777 had only chance in 88 to be found, while Biden’s had about chance in 38 to be found. The 2 letters in sequence after PRESIDENT indicated NO. Frankly, although I am now a staunch Republican, I think that Biden and James Webb are the most likeable of the Democratic candidates as of June 15, 2015. I was sorry to hear that Biden's son passed away recently. His grief may keep him from mounting an effective campaign. 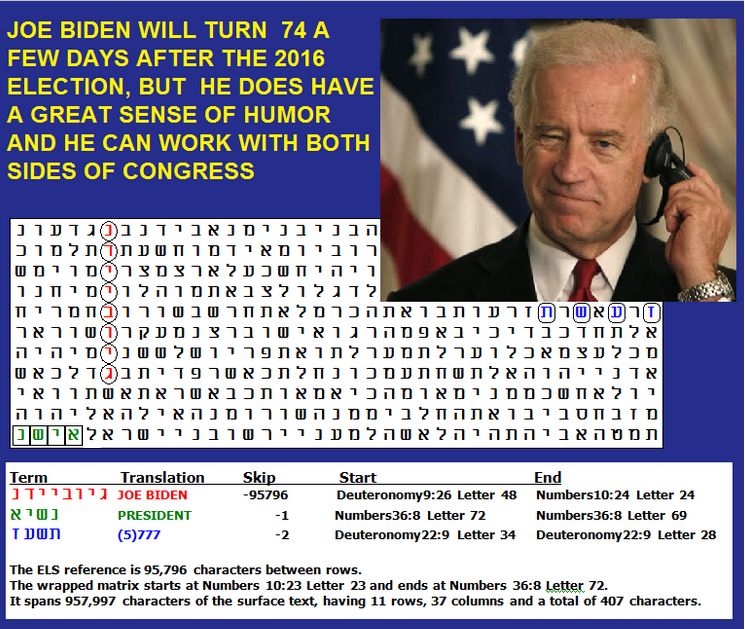