North Korea rather than Iran is the biggest threat to peace. (Updated 9/15/2014)

Ever since Michael Drosnin published his first best-selling book (THE BIBLE CODE) in 1997, we have known that there is a 10-letter ELS for ATOMIC HOLOCAUST in the Code at skip -3,133. But what we did not know is that OBAMA is very close by, and at the same skip. PRESIDENT is at skip +1 just six letters left of his name's end. On January 1, 2012, I published a matrix with these terms and Iran. But I did not look for Korea. On the matrix below we again have ATOMIC HOLOCAUST and OBAMA at the same skip, but in addition to PRESIDENT at Skip +1, we also have KIM (as in Kim Jong Un) at skip +1; and NORTH in the open text and the best spelling of KOREA very near it. Kim Jong Un has promised to attack the U.S. with nuclear weapons. JAPAN is also on the matrix at skip -2 touching PRESIDENT. North Korea threatened Japan with Tokyo being "consumed in nuclear flames). We don't yet know the year when the Korean threat might come to fruition. I found the Hebrew year (5773/2013) on the matrix, but that year passed without such a war.  Dates, however, are rarely reliable on a matrix. 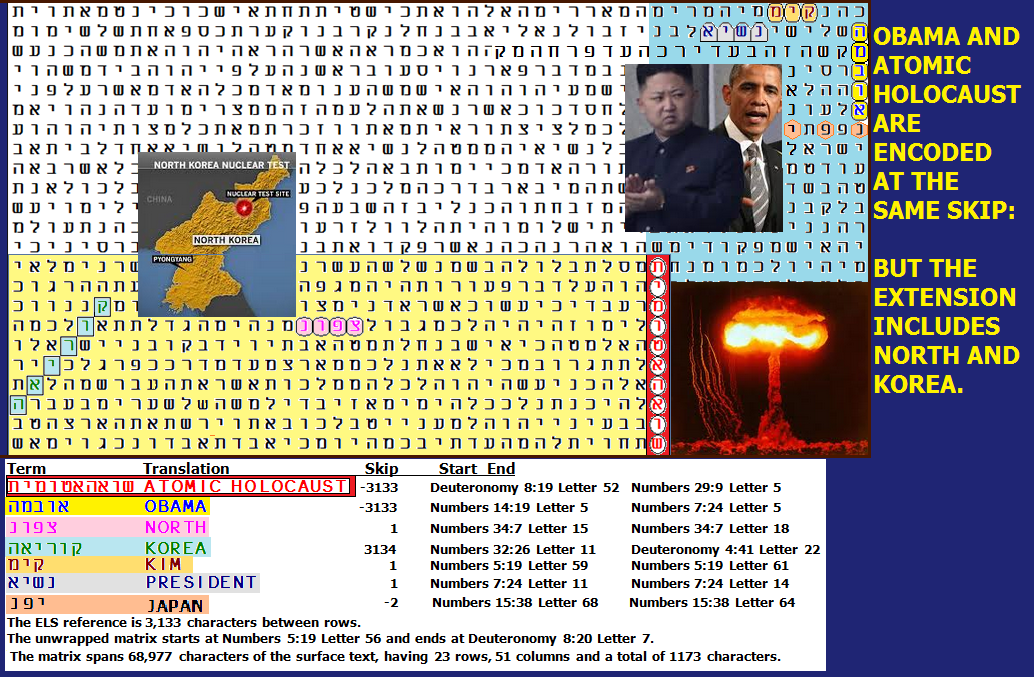 REAL SIGNIFICANCE. This matrix suggests that the mouse that's roaring (Kim Jong Un), rather than Iran, is more likely to cause an atomic holocaust while Obama is President. However, once the first nuclear bomb is used I would expect the war to quickly spread with Israel feeling it's justified to hit Iran, and visa versa. Both North Korea and Iran are testing the resolve of Obama and Secretary of Defense Chuck Hagel. The U.S. just cancelled a test of a Minuteman ICBM. As such, the North Koreans may judge that these men are too weak and this is what will probably set off the war if it happens.

OTHER KOREA-RELATED MATRICES ON THIS SITE: 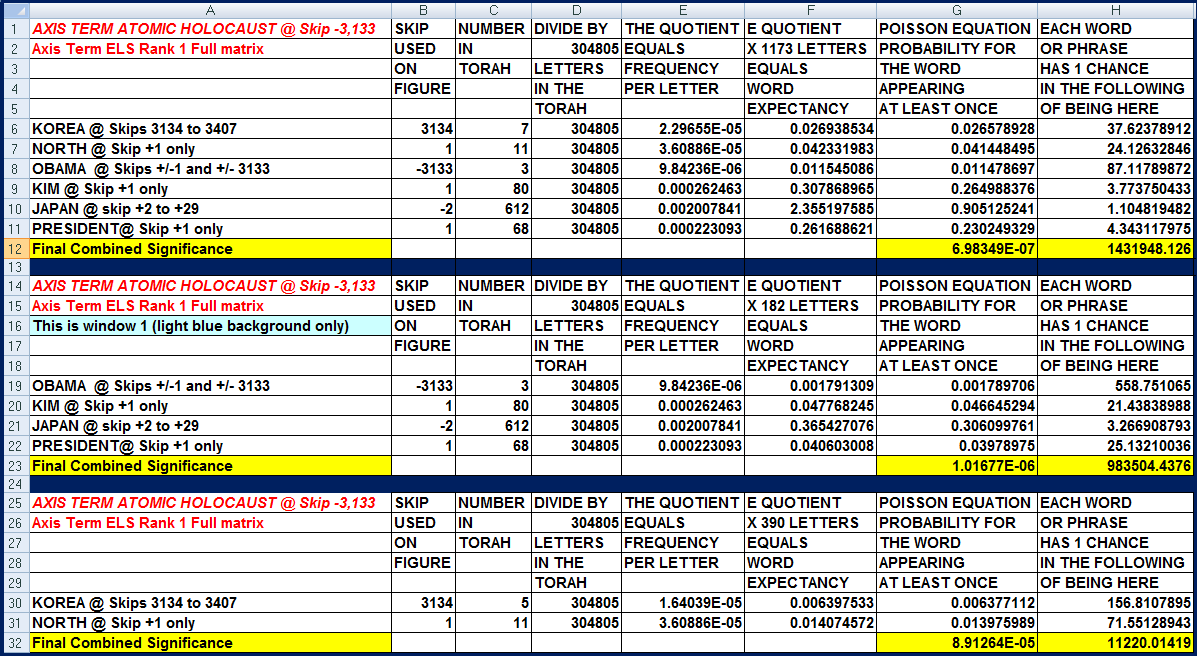